The Taste of Joy

Star on our menu

That deep, golden crunchy crust you love so much? We topped it with the finest Italian mozzarella and other ingredients, then covered with our very own, homemade tomato sauce! It protects the ingredients from direct heat, helps them cook slowly and keep their, full, juicy, cheesy, overall delicious taste. Mamma mia! 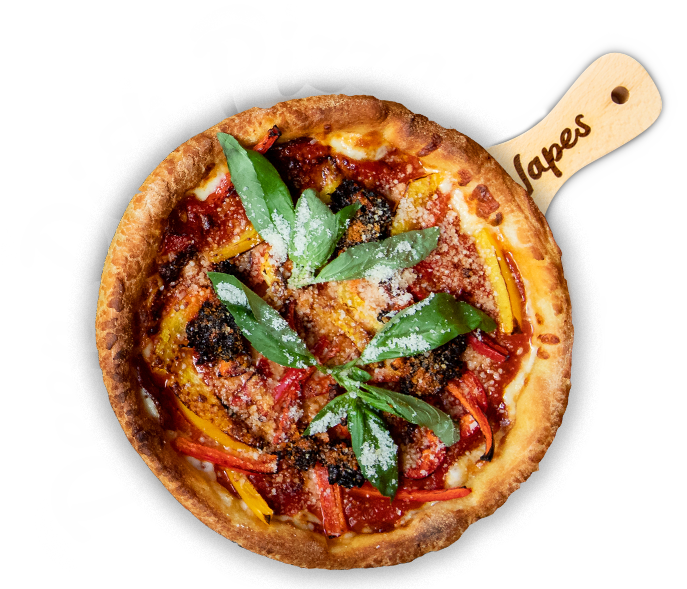 Discover the
taste
Check out our menu 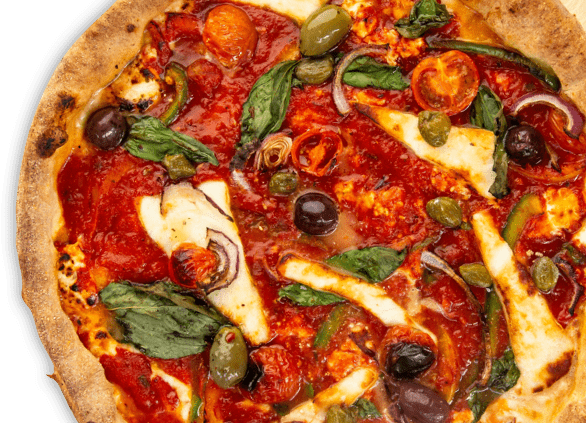 What they said about us

"Chicago-style deep-dish pizza has been sought after by many pizza lovers in the UK for years. You'll have seen cartoon-esque cheese pulls on social media as Instagrammers seek out the best deep dish pizza to document and share to the world.

Last year, Japes in Soho were the first to bring the famous deep dish pizza to the capital meaning it's now the go-to place for a true deep dish treat."

What to expect: The best thing here by a country mile is the deep dish pizzas, which are like oozing tarts full of thick red sauce and glorious toppings. Plus, there's a whole selection of audacious crust-dipping sauces including a truffle mayo and a blue cheese sauce that will leave you unable to romance any dinner guest, but, boy, is it worth it."

"It didn’t take long for our order to arrive and when it did, my eyes literally lit up! I was impressed by just how indulgent the pizza looked as it was placed before me on a personalised 'Japes' pizza board."

"How do you add to the multi-cultural food scene of London? By offering a gut-busting menu of loaded deep-dish pizzas followed by sweet home-made waffles at a very reasonable price."

"It's been a mystery/source of woe at Londonist HQ for years that there isn't more Chicago-style ... But Japes is really, really good at what it does."

"Take it from our Chicago native reviewer – this deep dish pizza is the real deal. "

"So the big question, was it worth the 35 year wait for a new Chicago Deep Pan Pizza restaurant to arrive in London? My unequivocal answer is a resounding yes. I thought the pizza at Japes was better and I liked the light and bright feel of the restaurant."

"The pizza Gods understood sometimes we didn’t want thin crust all of the time and so created Chicago deep dish pizza and conveniently placed Japes in the middle of Soho, between Oxford Circus and Tottenham Court Rd stations. If you love deep pan and cheesy, Japes is made for you."

"London’s best kept secret is out. Japes is the only restaurant in London where you can experience the real legendary deep pan Chicago pizza. If you love pizza with tons of topping and more melting cheese than Chesney Hawkes’ number one single, then read on."

"With a super thick soft base, gooey cheese and delicious tomato sauce their Chicago-style pizzas have created quite a stir judging by the steady stream of customers coming through the doors on a late weekday Wednesday night."

"For a city that’s so obsessed with the stuff, there’s surprisingly little on offer in the infamous ‘Chicago’ style. Japes offer a choice of either deep-dish – where the pizza is baked in a deep pan giving it its characteristically high edge, leaving ample room for cheese. "

"The new restaurant also boasts a wide and eclectic selection of cocktails and hardshakes." 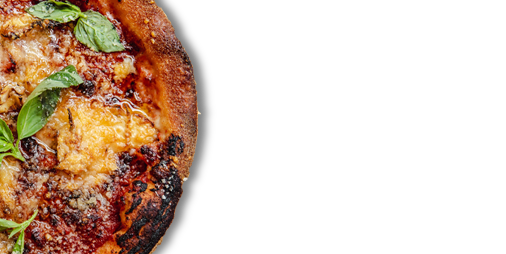 Special announcement for all you food lovers out there! We made some special offers, the ones you couldn’t possibly refuse.
If you don’t want to miss out on all things Japes, sign up for our newsletter and join the Japes tribe.